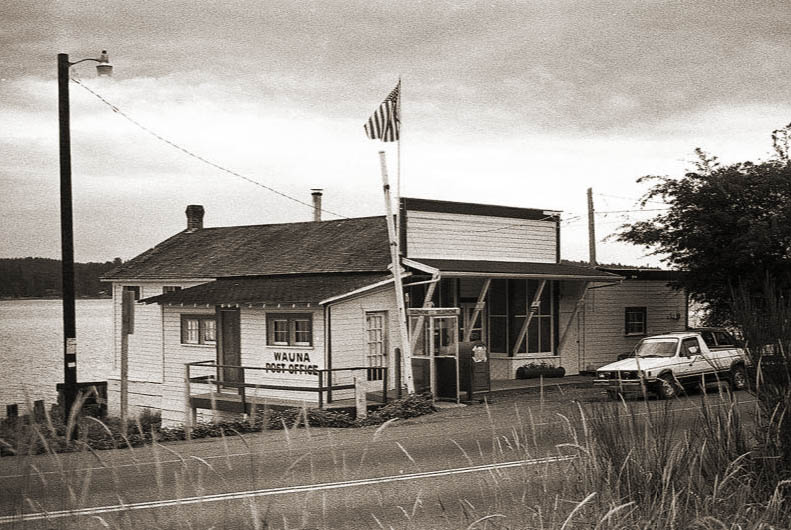 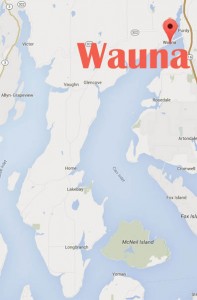 The town of Wauna (map) is located at the southwestern end of the Purdy sandspit. It is where the Key Peninsula begins and a land link between the Key Peninsula and Gig Harbor. The first bridge to the spit and Wauna was built in 1892.

The town was originally named Springfield, but it was changed by the residents with encouragement from the postal authorities as there were so many towns named Springfield in the country. Mary White selected the name Wauna, an Indian name meaning “strong and mighty waters.”

Wauna originally had a general store (the White Family Store) and a post office, with a long wharf that accommodated Mosquito fleet boats carrying goods to and from the isolated community. The general store and post office are long gone, but a thriving residential community now lines the banks. 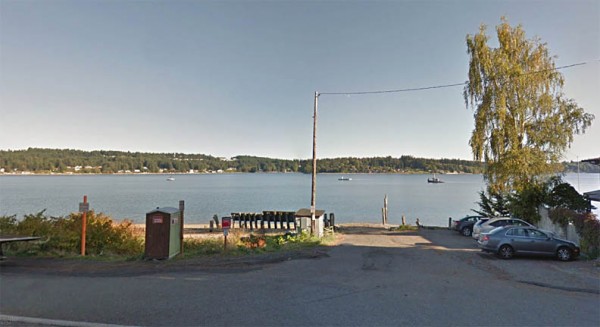 Site of the former White Store and Wauna Post Office.