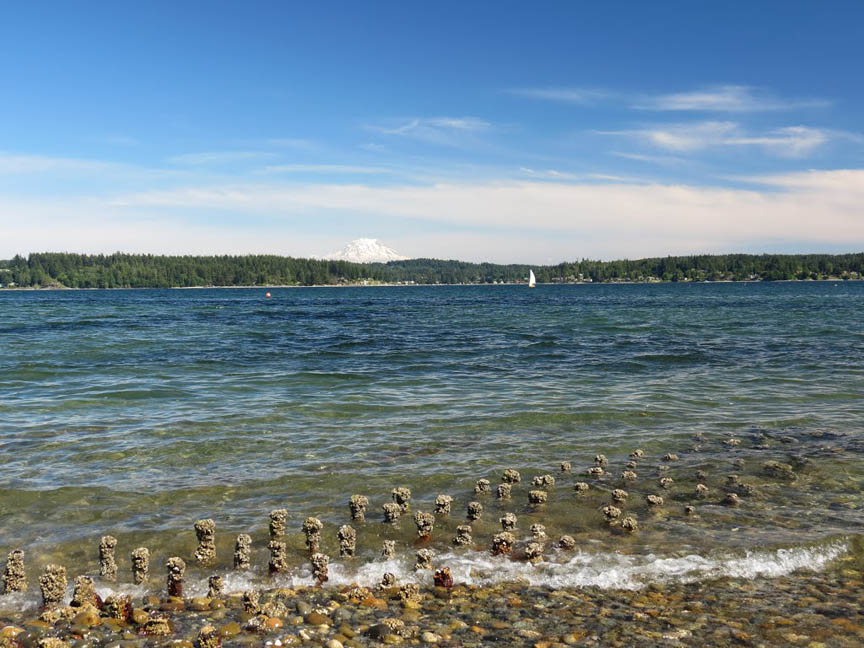 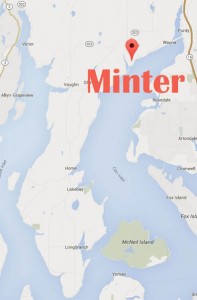 The area known as Minter (map) has the Key Peninsula’s earliest history. In 1792, the Vancouver expedition was exploring this area for the British Government. Peter Puget and his men were mapping this part of the sound that now bears his name. After being followed by local members of the Squally Tribe for several days, they were the first white men to meet and befriend local natives while fishing here at the Minter Cove sand spit on May 21st.

Minter Cove has always been rich in food. The Minter family from Nebraska moved to Horsehead Bay on the east side of Carr Inlet from here in 1882. Disappointed with the lack of food and deep forest at that time, they moved to Minter for farming the next year. They got along well with the visiting “Indian” population, who frequently camped on the spit and dried Salmon or collected shellfish and berries, depending on the season.

By 1884, several other families had moved here and Lucinda Minter began a school in her home. She started the post office the following year and George Minter built a hotel in 1888. By the turn of the century, Minter had a steamer dock, logging railway, saloon, blacksmith shop, shingle mill, social hall, brick kiln, and several stores. The oyster farm was started in 1931 and the salmon research hatchery was added in 1937 after the town had all but disappeared.