In 1871 the William Creviston family homesteaded here and named Lakebay (map) and nearby Bay Lake for their close proximity to each other. Sarah Creviston was the first teacher at the school near here in 1878, and their son was the first white child born on the peninsula. 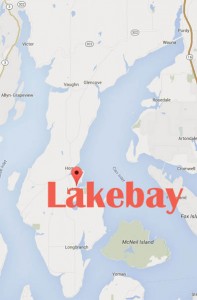 The cemetery here holds the graves of early settlers, local business people, and some of the first residents from Home across the bay. The most notable was Henry Tiedeman, who gave land for the cemetery and was Lakebay’s first postmaster in 1882.

The Key Peninsula was built on the back of the Mosquito Fleet. Named for looking like a swarm of mosquitoes, these steamboats and sternwheelers served the developing communities by transferring lumber, groceries, freight, mail, market goods, and passengers around the sound as far as Seattle and Tacoma. About half these boats were built or based out of Lakebay under ownership of the Lorenz-Berntson Navigation Company.

Lorenz arrived here in 1875 and built a sawmill powered by water from Bay Lake. He built several boats, initially to carry finished lumber to Tacoma. Later, many of these boats provided an early ferry service throughout Puget Sound. Building with the lumber from the mill, the town quickly grew by the 1920’s to include houses, stores, churches, a cemetery, post office, telephone exchange, pool hall, and barber shop.

Some of the buildings have come and gone: the Cooper Hotel (Dolly Cooper’s House and holiday cabins still remain), The Western Washington Poultry and Egg Coop (now the marina), and a dance hall that later became a roller skating rink! 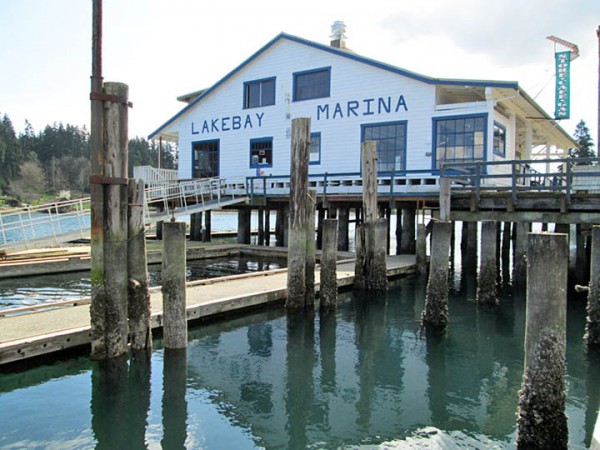